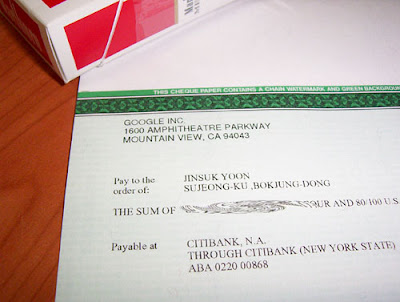 1. A JDBC-ODBC bridge provides JDBC API access via one or more ODBC drivers. Note that some ODBC native code and in many cases native database client code must be loaded on each client machine that uses this type of driver. Hence, this kind of driver is generally most appropriate when automatic installation and downloading of a Java technology application is not important. For information on the JDBC-ODBC bridge driver provided by Sun, see JDBC-ODBC Bridge Driver.


2. A native-API partly Java technology-enabled driver converts JDBC calls into calls on the client API for Oracle, Sybase, Informix, DB2, or other DBMS. Note that, like the bridge driver, this style of driver requires that some binary code be loaded on each client machine.


3. A net-protocol fully Java technology-enabled driver translates JDBC API calls into a DBMS-independent net protocol which is then translated to a DBMS protocol by a server. This net server middleware is able to connect all of its Java technology-based clients to many different databases. The specific protocol used depends on the vendor. In general, this is the most flexible JDBC API alternative. It is likely that all vendors of this solution will provide products suitable for Intranet use. In order for these products to also support Internet access they must handle the additional requirements for security, access through firewalls, etc., that the Web imposes. Several vendors are adding JDBC technology-based drivers to their existing database middleware products.


4. A native-protocol fully Java technology-enabled driver converts JDBC technology calls into the network protocol used by DBMSs directly. This allows a direct call from the client machine to the DBMS server and is a practical solution for Intranet access. Since many of these protocols are proprietary the database vendors themselves will be the primary source for this style of driver. Several database vendors have these in progress.
- September 28, 2007 No comments: 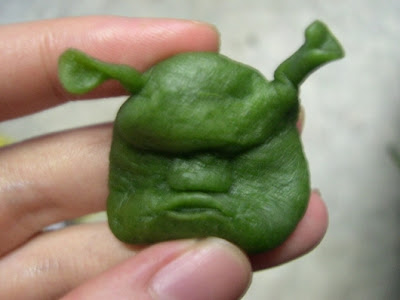 Chuseok is celebrated on the 15th day of the eighth lunar month as the important traditional holiday. It is a celebration of the harvest and a thanks giving for the bounty of the earth. Most People visit their hometowns to be with family and enjoy a special food “Songpyeon” and wish to realize their desire viewing full moon in the evening.

Email ThisBlogThis!Share to TwitterShare to FacebookShare to Pinterest
Labels: nhn

The name Altools will no longer be used due to trademark issues.
ALTools PC Utilities - www.altools.net

Last night, I have received proposal to be interviewed from the very most popular technology company's Lab.

I wanna go global!
But, The Far Country makes me thinkful that it was troublesome for me to invest the time. also, my open source project has just began.

Now, i started falling in love with open source.
...

Jaesun Han(Post Doctor/Ph.D KAIST) just join us soon.
In addition, Volunteers and Comments are always welcome to join our Project.

Email ThisBlogThis!Share to TwitterShare to FacebookShare to Pinterest
Labels: apache

I added some example of patriotism to Hbase Shell wiki page.

D-War (also known as Dragon Wars) is a 2007 South Korean film directed by Shim Hyung-rae. It is a fantasy-action film that is reportedly the biggest budgeted South Korean film of all-time. -- wikipedia.
- September 12, 2007 No comments:

At least we, the people of the korea, still don’t know well about Google Search Engine, Google's power. When i introduced a 'google.com' to my sister, she said " Is this your new homepage? I think you need a graphic design help. "

But, ... i love google's massive computing engine.
and i wanna know their secrets.

Email ThisBlogThis!Share to TwitterShare to FacebookShare to Pinterest
Labels: comic

After finding the price of a particular stock, usually the next number everyone looks at is the P/E ratio.

P/E is the ratio of a company’s share price to its per-share earnings.

A P/E ratio of 10 means that the company has 1 of annual, per-share earnings for every 10 in share price. (Earnings by definition are after all taxes etc.)

A company’s P/E ratio is computed by dividing the current market price of one share of a company’s stock by that company’s per-share earnings. A company’s per-share earnings are simply the company’s after-tax profit divided by number of outstanding shares. A company that earned 5M last year, with a million shares outstanding, had earnings per share of 5. If that company’s stock currently sells for 50/share, it has a P/E of 10. At this price, investors are willing to pay 10 for every 1 of last year’s earnings.

For the most part, a high P/E means high projected earnings in the future. But actually the P/E ratio doesn’t tell a whole lot, but it’s useful to compare the P/E ratios of other companies in the same industry, or to the market in general, or against the company’s own historical P/E ratios.

Some analysts will exclude one-time gains or losses from a quarterly earnings report when computing this figure, others will include it. Adding to the confusion is the possibility of a late earnings report from a company; computation of a trailing P/E based on incomplete data is rather tricky. (It’s misleading, but that doesn’t stop the brokerage houses from reporting something.) Even worse, some methods use so-called negative earnings (i.e., losses) to compute a negative P/E, while other methods define the P/E of a loss-making company to be zero. Worst of all, it’s usually next to impossible to discover the method used to generate a particular P/E figure, chart, or report.

Like other indicators, P/E is best viewed over time, looking for a trend. A company with a steadily increasing P/E is being viewed by the investors as becoming more speculative. And of course a company’s P/E ratio changes every day as the stock price fluctuates.

The P/E ratio is commonly used as a tool for determining the value of a stock. A lot can be said about this little number, but in short, companies expected to grow and have higher earnings in the future should have a higher P/E than companies in decline.

For example, if a company has a lot of products in the pipeline, I wouldn’t mind paying a large multiple of its current earnings to buy the stock. It will have a large P/E. I am expecting it to grow quickly. A rule of thumb is that a company’s P/E ratio should be approximately equal to that company’s growth rate.

PE is a much better comparison of the value of a stock than the price. A 10 stock with a PE of 40 is much more “expensive” than a 100 stock with a PE of 6. You are paying more for the 10 stock’s future earnings stream. The 10 stock is probably a small company with an exciting product with few competitors. The 100 stock is probably pretty staid - maybe a buggy whip manufacturer.

It’s difficult to say whether a particular P/E is high or low, but there are a number of factors you should consider!

First: It’s useful to look at the forward and historical earnings growth rate. (If a company has been growing at 10% per year over the past five years but has a P/E ratio of 75, then conventional wisdom would say that the shares are expensive.)

Second: It’s important to consider the P/E ratio for the industry sector. (Food products companies will probably have very different P/E ratios than high-tech ones.)

Finally: A stock could have a high trailing-year P/E ratio, but if the earnings rise, at the end of the year it will have a low P/E after the new earnings report is released.

Thus a stock with a low P/E ratio can accurately be said to be cheap only if the future-earnings P/E is low.

If the trailing P/E is low, investors may be running from the stock and driving its price down, which only makes the stock look cheap.
- September 09, 2007 No comments:

WILLS POINT, Texas (AP) — Entomologists are debating the origin and rarity of a sprawling spider web that blankets several trees, shrubs and the ground along a 200-yard stretch of trail in a North Texas park.
Officials at Lake Tawakoni State Park say the massive mosquito trap is a big attraction for some visitors, while others won't go anywhere near it.
"At first, it was so white it looked like fairyland," said Donna Garde, superintendent of the park about 45 miles east of Dallas. "Now it's filled with so many mosquitoes that it's turned a little brown. There are times you can literally hear the screech of millions of mosquitoes caught in those webs."
Spider experts say the web may have been constructed by social cobweb spiders, which work together, or could be the result of a mass dispersal in which the arachnids spin webs to spread out from one another.
"I've been hearing from entomologists from Ohio, Kansas, British Columbia — all over the place," said Mike Quinn, an invertebrate biologist with the Texas Parks and Wildlife Department who first posted photos online.
Herbert A. "Joe" Pase, a Texas Forest Service entomologist, said the massive web is very unusual.
"From what I'm hearing it could be a once-in-a-lifetime event," he said.
But John Jackman, a professor and extension entomologist for Texas A&M University, said he hears reports of similar webs every couple of years.
"There are a lot of folks that don't realize spiders do that," said Jackman, author of "A Field Guide to the Spiders and Scorpions of Texas."
"Until we get some samples sent to us, we really won't know what species of spider we're talking about," Jackman said.
Garde invited the entomologists out to the park to get a firsthand look at the giant web.
"Somebody needs to come out that's an expert. I would love to see some entomology intern come out and study this," she said.
Park rangers said they expect the web to last until fall, when the spiders will start dying off.
- September 01, 2007 2 comments: