Inference anatomy of the Google Pregel

The summary paper of the Google Pregel was distributed -- Pregel: a system for large-scale graph processing.

It's same with Hamburg design as figured below: 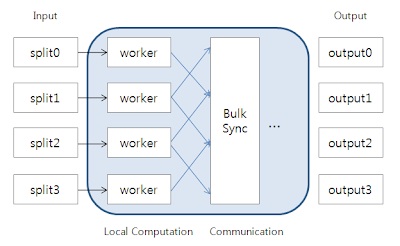 During a superstep the framework invokes a user-defined Compute() function for each vertex, conceptually in parallel. The function specifies behavior at a single vertex v and a single superstep S. It can read messages sent to v in superstep S - 1, send messages to other vertices that will be received at superstep S + 1, and modify the state of v and its outgoing edges. Messages are typically sent along outgoing edges, but a message may be sent to any vertex whose identifier is known. A program terminates when all vertices declare that they are done.

According to our reasoning, user defined Compute() function which can be called during graph traversal will be shaped as described below:


So that's similar to the MapReduce model in that programmers focus on a local action, processing a single item at a time, which the system then lifts to computation on a large dataset.

Do you think everything was too easy this far? But, I can't say about below mechanisms and locality problems yet.


The basic computing model of Pregel is enhanced by several mechanisms to improve performance and usability. They include combiners, an optimization to reduce network traffic, and aggregators, a simple mechanism for monitoring and global communication.

And the conclusion is..


We conducted an experiment solving single-source shortest paths using a simple Belman-Ford algorithm expressed in Pregel. As input data, we chose a randomly generated graph with a log-normal distribution of outdegrees; the graph had 1B vertices and approximately 80B edges. Weights of all edges were set to 1 for simplicity. We used a cluster of 480 commodity multi-core PCs and 2000 workers. The graph was partitioned 8000 ways using the default partitioning function based on a random hash, to get a sense of the default performance of the Pregel system. Each worker was assigned 4 graph partitions and allowed up to 2 computational threads to execute the Compute() function over the partitions (not counting system threads that handle messaging, etc.). Running shortest paths took under 200 seconds, using 8 supersteps.

Belman-Ford algorithm computes single-source shortest paths in a weighted digraph. In the sub-graph, the passed path will be updated while compute() function is run to traversal. Then, the boundary of sub-graphs could synchronized by supersteps. This programming model can be more intuitional than M/R version BFS.

Anyway, though Hamburg isn't as good as pregel, It will be a great framework for many of graph techniques. 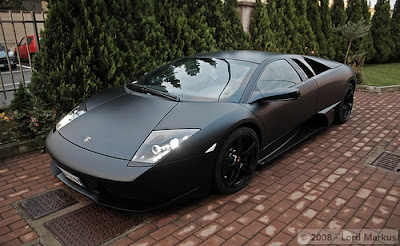 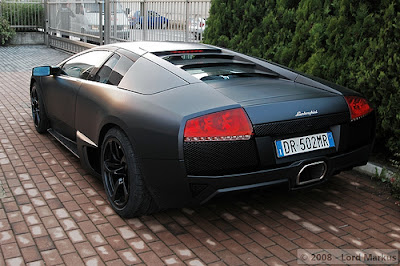 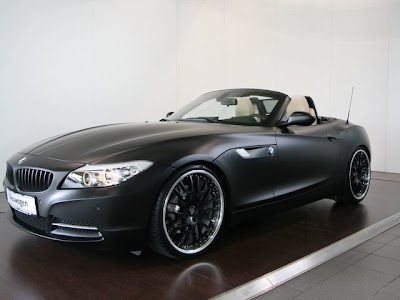 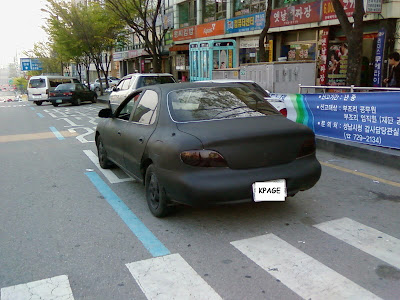 Below is the problem list of the recent trends of graph data in my Insight.

So, I'm thinking the graph database on hadoop as described below:

The large graph data can be stored on Hadoop/Hbase and, communication cost can be reduced by partitioning step as bulk processing. Then, finally we can perform the real-time graph processing. What do you think? ;)
- August 12, 2009 No comments:

The core member of Hadoop, Doug Cutting, is leaving Yahoo to join a startup called Cloudera. Cool... I would like to learn from his footsteps... and eventually soon be a open source developer like him.
- August 11, 2009 No comments:

We're understand that the Hadoop is a low-cost way to manage and process the massive data since it has been designed to run on a lot of cheap commodity computers. But, the electric power costs also should be considered when evaluating cost effectiveness. Have you thought them? Since It's a fault tolerant system with active replication, a few servers could go anytime into power saving mode without data loss.

I heard that some guys are trying to handle this problem. See also : On the Energy (In)efficiency of Hadoop Clusters
- August 08, 2009 No comments: