The Search engine, NAVER Japan closed beta service, will run from the 15th of this month for the limited number of people. 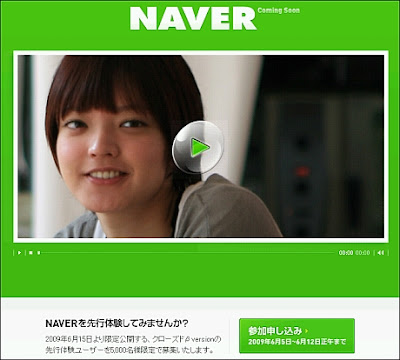 Naver Japan had actually launched in the Japanese market earlier (2005), but the service didn't make any splashes. Instead, According to wikipedia Japan (http://ja.wikipedia.org/wiki/NaverBot), NAVER japan seems disgraced by their behavior, specially, an bots who impersonated a GoogleBot was ran. NAVER Japan will fail again unless the service delivers a significantly better performance and good image.