Ancient Aliens? It's only a plausible fantasy. 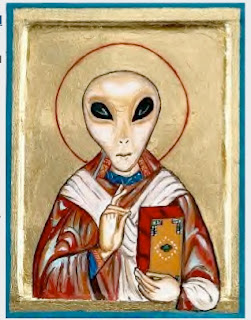 I watched 'Ancient Aliens' today. There are some ideas and feelings that sound plausible but given just a wee bit of thought can be shown to border on the fantasy.

First there is a west-centered thinking. For e.g., bible, westen technologies, ... , etc. Do you know that there are many more than 100 pyramids in Manchu? Moreover, some of them is bigger and 2 thousand years older than egyptian great pyramid. Why we didn't know about them? Only korean knows. Because of the chineses stopped and restricted excavation works, since they are finding korean artifacts from there.

Anyways .. I was trying to say that, we don't know our history enough to talk about. I think, it is only a kind of plausible fantasy from our lack of knowledge, like humans created god in man's image. What do you think?
- November 14, 2010

Email ThisBlogThis!Share to TwitterShare to FacebookShare to Pinterest
Labels: mistery